From Equity for Artists to Equity for Citizens: Creativity, Democracy, and Shared Value. 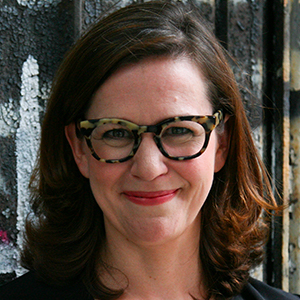 Amy Whitaker is a writer, artist, and researcher working at the intersections of business, politics, and art. She is an associate professor at NYU in visual arts administration, and the author of two books Art Thinking and Museum Legs. Amy’s research on fractional equity for artists has been featured in Artsy, The Art Newspaper, and Artforum. Her general work has been featured in the Financial Times, Boston Globe, Atlantic, Harpers, Inside HigherEd, and many other outlets. She has spoken widely including at the Rhode Island School of Design, University of Minnesota Duluth, Google, the Aspen Ideas Festival, the Fast Company Innovation Festival, the Barnes Foundation, the Conference Malmo (Sweden), The Next Web (Amsterdam), and TEDx.

Amy has taught business to artists and art to business people for more than fifteen years–since she was studying for her MFA in painting after already having an MBA. She has taught in the original Trade School, and at Trade School at the Whitney and Museum of Arts and Design. She taught Stock Market Basics outdoors at the original Occupy Wall Street. She taught studio art and design classes, in business, at RISD, the School of Visual Arts, Williams College, and California College of the Arts. She also used to lead the Principles of Business course at the Sotheby’s Institute.

Amy is trained as a painter. Her large-scale group portraits by professional affiliation were commended by collector Charles Saatchi and her print Museum Director Action Heroes was collected by a curator of a large London museum. She also made “Amy Whitaker Invites Six Investment Bankers,” in which she invited lawyers and economists to make artworks for a group show. Starting with Art Thinking, she has illustrated her own books with line drawings.

Amy began her career in art museums including the Guggenheim, MoMA, and Tate. She has also worked for the artist Jenny Holzer and for the finance companies Locus Analytics and D.E. Shaw & Co., L.P., one of the largest investment firms in the world. She is named on Locus patents for economic classification systems and also held a Series 7 license.

You can see a variety of Amy’s talks online (Mellon Lecture in Time-Based Media Conservation, Meaning Conference Brighton, TEDx Foggy Bottom on how to pay artists, and many others). She is especially proud of this panel–unfortunately prescient–about false equivalencies in journalism and how we determine truth in different fields.

Amy is a former TED Fellows mentor, recipient of the Sarah Verdone Writing Award and Axiom Business book award (silver medal), and past president of POWarts.